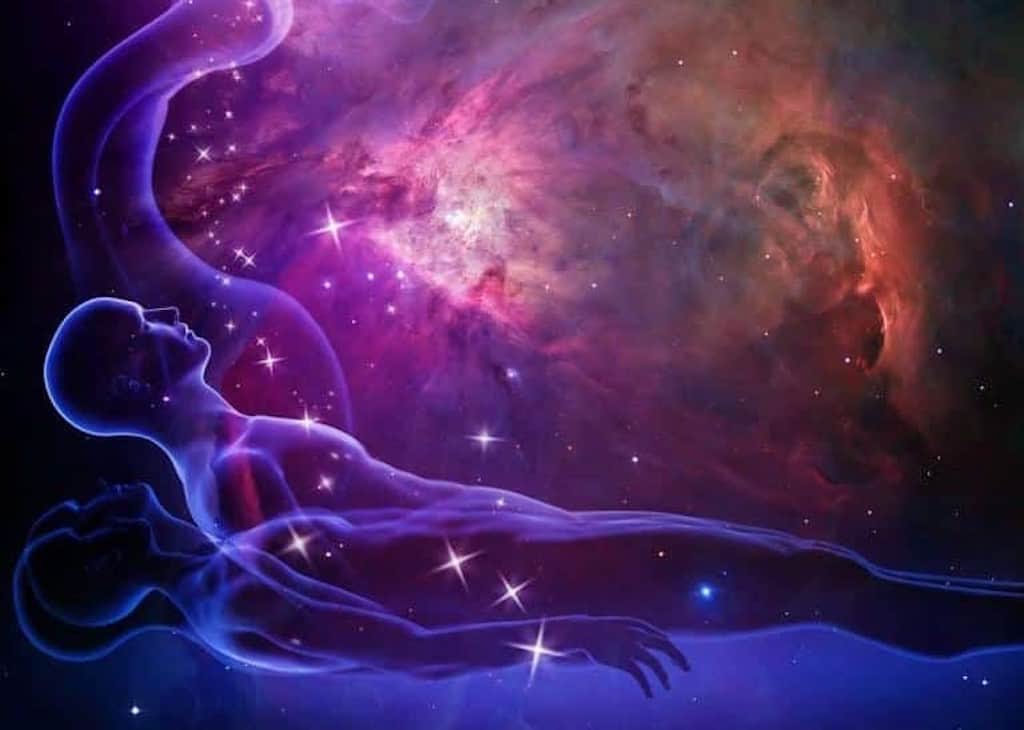 We have much to tell in regard to projections of the eidolon and suprasensitive travels out of the physical body.

In the moments that I write these pages, extraordinary and marvelous events come into my memory.

Reviewing old chronicles of my lengthy existence, with the tenacity of a monk in his cell, Eliphas Levi comes to mind.

One night, out of the dense form, I went everywhere invoking the soul of that departed one who in life was called Abbot Alphonse Louis Constant (Eliphas Levi). I found him sitting at an old desk in the august hall of an old palace. With much courtesy he rose from his armchair to respectfully greet me.

“I have come to ask you a great favor,” I said, “I would like you to give me a key so that I may instantly leave in the astral body any time I need to.”

“With pleasure,” the abbot replied, “but first, I would like you to bring me the following homework by tomorrow: What is the most monstrous thing on earth?”

“Please give me the key right now…”

“No! Bring me the homework and I will give you the key with pleasure.”

The problem the abbot had given me became a real jigsaw puzzle, since there are so many monstrous things in the world, that frankly I found no solution.

I wandered along every street of the city observing, trying to discover the most monstrous thing, and just when I thought I had found it, something worse would arise; suddenly a ray of light illuminated my comprehension.

The solution to the complex problem proved to be obvious. Undoubtedly I had to make contact with Eliphas Levi again.

Projecting the eidolon once more was routine for me, since clearly I was born with that precious faculty. If I sought a special key, I did so not for my insignificant worthless person, but for many other people who yearned for conscious and positive astral projection.

Travelling with the eidolon, the magic double, very far away from my physical body, I moved through different European countries searching for the abbot, but he was nowhere to be found.

All of a sudden I unexpectedly sensed a telepathic summons and I entered a luxurious mansion; and there was the abbot, but…

Oh! What a surprise! What a wonder! What is this? Eliphas had become an infant and was lying in his cradle. A truly unique case, was it not?

With profound veneration I approached the baby and said very softly: “Master, I bring the homework; the most monstrous thing on earth is hate. Now I want you to fulfill your promise. Give me the key…”

However, to my astonishment that child remained quiet while I despaired without comprehending that silence is wisdom’s eloquence.

From time to time I took him in my arms from desperation, imploring, but all in vain; that infant resembled the silent sphinx.

How long would this last? I did not know! In eternity, there is no time, and the past and the future join in an eternal now.

Finally, feeling cheated, I put the child into his cradle and very sadly left that venerable, ancestral home.

Days, months, and years passed, and I continued to feel defrauded. I felt as if the abbot had not carried out his word given with such solemnity, but one day the light dawned on me. I remembered that phrase from the Kabir Jesus:

“Let the little children come to me and do not hinder them, for the kingdom of heaven belongs to such as these.”

“Ah! I understand,” I said to myself. “It is imperative, it is essential for childhood to be re-conquered in the mind and heart. ‘Unless you become like little children, you will never enter the kingdom of heaven.’”

That return, that going back to the point of original departure, is not possible without first having died within oneself. The Essence, the consciousness, is unfortunately bottled up amongst all those psychic aggregates that, as a sinister whole, constitute the ego.

Only by annihilating such twisted, dark aggregates can the Essence awaken to a state of primeval innocence.

When all subconscious elements have been reduced to cosmic dust, the Essence is liberated. Then we recapture the lost childhood.

“The conscience is Man’s very own quintessence in full, glorious radiance, the heavenly original Man.”

It is clearly evident that when the consciousness awakens, voluntary astral projection is no longer a problem.

After I had understood in depth all these processes of the human psyche, the abbot delivered to me, in the higher worlds, the second part of the majestic key. This was a series of mantric sounds with which one could consciously and positively achieve projection of the eidolon. For the benefit of our Gnostic students it is useful to establish didactically the skillful succession of these magic sounds.

a) A long and delicate whistle similar to that of a bird.

b) The intonation of the vowel E (as in the word ‘let”) (Eeeeeeeeee) prolonging the sound with the note “RE” of the musical scale.

c) Sing the R making it resonate with the musical “SI,” imitating a high pitched child’s voice; something similar to the shrill sound of a hand mill or an extremely fine and delicate motor (Rrrrrrrrrr).

Clarification: Point a is a real and effective whistle. Point d is only similar to a whistle.

The Gnostic student lies down in the position of a dead man, face upwards, on his back.

The student splays the toes in a fan shape, feet together at the heels, arms alongside the body, the whole of the physical vehicle well relaxed.

The devotee must repeatedly sing the magic sounds in profound meditation while going to sleep.

These mantras are found to be closely related to the elemental class of birds, and it is evident that they will effectively assist the devotee by helping in the work of astral projection.

Each bird is the physical body of an elemental, and they always assist the neophyte provided that there is proper conduct.

If the aspirant is eager for assistance from the elemental class of birds, he must learn to love them. Those who commit the crime of confining creatures of heaven in abominable cages will never receive this help.

Feed the birds of heaven, transform yourself into a liberator of these creatures, open the doors of their prisons, and you will be helped by them.

When I experimented for the first time with the majestic key, after intoning the mantras, I felt light and airy, as if something had entered the eidolon.

It is obvious that I did not wait to be lifted from the bed; I myself abandoned it. I voluntarily arose, and walked very slowly out of the house. The innocent elementals of friendly birds within my astral body helped in my astral projection.

In this chapter, we have revealed the two fundamental aspects of the majestic key.

The complete and absolute development of these two parts of the great key will permit us to project ourselves into the astral at will in a conscious and positive way.

Whosoever truly yearns to experience the great realities of the superior worlds must develop within themselves the two aspects of this great key. 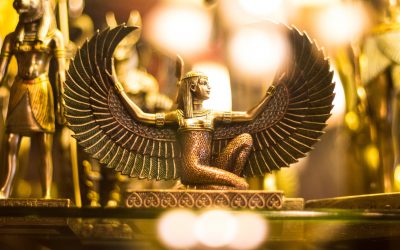 We have come to a very thorny point: I would like to refer to the question of the Kundalini, the igneous serpent of our magical powers mentioned in...